I thought this would be a fun if somewhat macabre way to kill off some bandwidth on my WordPress site. After all, Halloween is just around the corner right? The dying words of some of these famous people strike me as either peculiar, ironic or in some cases down right funny.

Elvis Presley’s final words before his death in 1977 were, “I’m going to the bathroom to read.” 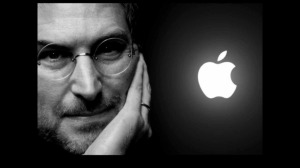 The great jazz drummer Buddy Rich died during surgery in 1987. As he was being prepped for that surgery, a nurse asked him, “Is there anything you can’t take?” Rich replied, “Yeah, country music.” Greatest drummer of all time http://bit.ly/1Q7v1KG

R&B singer Johnny Ace died of a gunshot wound to the head in 1954 while playing with a pistol during a break in his concert set. His last words were, ‘It’s okay! Gun’s not loaded… see?’ Pledging My Love http://bit.ly/1Q7u84L

When she woke briefly during her last illness and found all her family around her bedside, Lady Nancy Astor asked “Am I dying or is this my birthday?”

James W. Rodgers was sentenced to death by the state of Utah for murder in 1957. He was asked if he had any final requests before his execution by firing squad Rodgers replied: “Yeah, a bulletproof vest.” 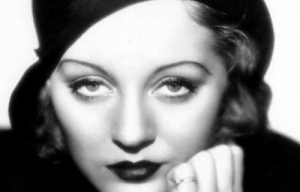 Tallulah Bankhead who died in NY at age 66 in 1968 was asked quietly on her death bed by a nurse if there was anything she wanted and she answered: “Codeine … bourbon.”

Roman Emperor Vespasian died in 79 AD. He was wise enough to consider the idea of Emperors being deified upon their deaths to be ridiculous. His last words were: “Oh My! I think I’m turning into a god.”

Oscar Wilde, ever the dandified critic of fashion and art is said to have uttered these last words after having been carried into an unfamiliar room: “Either that wallpaper goes, or I do.”

U.S. Civil War General John Sedgwick killed by a sharpshooter at the Battle of Spotsylvania Court House on May 9th 1864 is remembered for his ironic last words: “They couldn’t hit an elephant at this distan….”

If you’re new to Windows 10 there’s something you need to change right away. By default Microsoft is using your PC to update other Windows 10 installations all over the Internet. Your copy of Windows 10 comes pre-programmed to act as a sort of server to deliver Bit-Torrent like P2P (peer-to-peer) uploads of Windows Updates that are already safely installed on your machine to countless people scattered all over the Internet that you don’t even know.

While this sneaky, underhanded, deceitful and despicable practice saves Microsoft billions of Gigabites of server bandwidth, it undoubtedly slows down your computer. More importantly, it eats into your upload bandwidth which means it slows your Wi-Fi connection to the Internet.

Fortunately you can change this horrible default behavior. 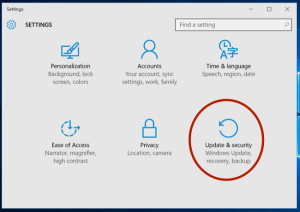 In the next window, with Windows Update highlighted in the upper left corner, click on Advanced options.

In the next window that appears, click on Choose how updates are delivered.

Finally, you get to the window that lets you disable the option to have your PC act as a botnet host in Microsoft’s P2P Torrent scheme. There’s nothing wrong with using Microsoft’s peer to peer uploading scheme to host the other PC’s on your Wi-Fi network so change it to that option or turn it off entirely and get your Windows updates the old-fashioned way. Just make sure you change from the default setting.

If you found any of this information idiotic or confusing, yell at me in the comments.