A Bad Week For Republicans

Last week was a bad one for Republicans for a number of reasons. Let’s start with the fact that their presumptive presidential nominee has scared the bejesus out of some of our allies by suggesting that the U.S. military would be withdrawn from Japan and South Korea.

On April Fools Day two Gallup polls were published that must have been disconcerting to the GOP one demonstrated that their presidential frontrunner’s favorability percentage among women is tanking and another showed that the number of people aligning with the Democratic Party was as high as it’s been since December 2012. And the third bad thing that happened this week to the GOP was the fact that The Bureau of Labor Statistics reported this morning that the U.S. economy added 215,000 jobs in March making March the 66th consecutive month of positive job growth – the best stretch since 1939. 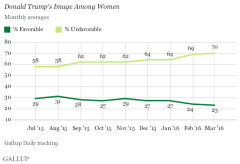 And speaking of the Republican Party’s frontrunner, here’s how Donald Trump would fare against Hillary Clinton were the election to be held today. 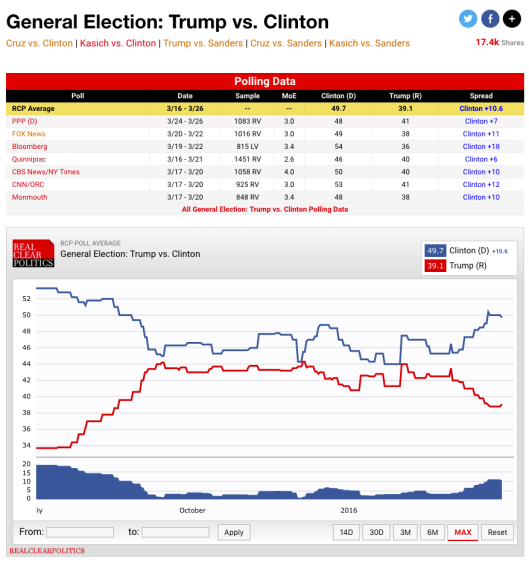