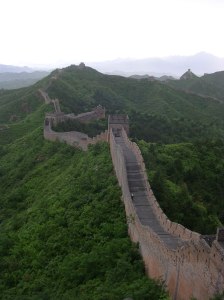 The Great Firewall of China

According to statistics compiled by Internet World Stats the population of China, excluding Hong Kong and Macao, is over 1 billion 300 million people and of that population 35.7% or 477 million are connected to the Internet. Of the 477 million people regularly using the Internet in China, only 391,000 have Facebook accounts. Why? It’s because Facebook is banned by the Chinese government. The Chinese government requires all Internet Service Providers (ISPs) to block Facebook. Access to Facebook is available to Internet users in China only through proxy server software

For several years there have been a number of sites on the Web that can tell you if your Website or any other Website is banned (blocked) by the Great Firewall of China. Recently, a new site has been added into the mix that many believe is far superior to all the rest. Satisfy your curiosity by visiting Blocked In China to find out if your Website or any other site you’re curious about is currently banned in China.

Here’s a partial list of Websites currently being blocked by the Chinese government. Often the government will open access to a site for a few weeks or months and then suddenly block it again thus discouraging it citizens from using these sites.

This information about the Great Firewall of China was originally posted on my site, Scoroncocolo.com, in July 2011.